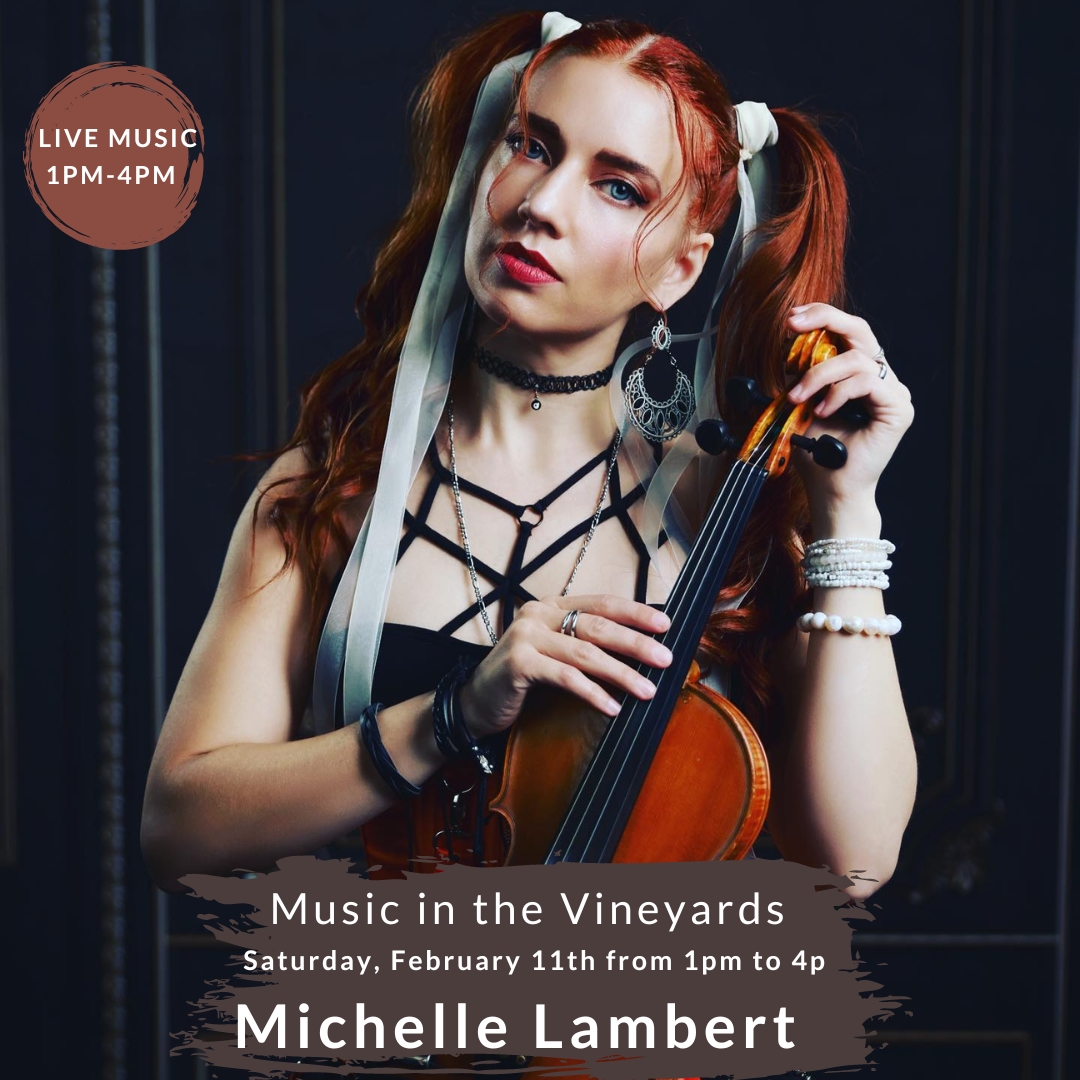 Live Music in the Vineyards with Michelle Lambert

Michelle Lambert worked as a professional musician since her early teen years, career that took her to San Francisco, Boston, Nashville, and Los Angeles. While in Boston she was part of the Captain Wolf Band and got featured in 3 songs from their debut CD, as a singer and songwriter. Lambert’s participation on the album was so notable that she was even featured in the cover of the CD.

She launched her first official EP Warrior in 2015 after moving to Los Angeles. That album was a turning point in her career, the moment where she decided to pursue being a solo artist. Warrior has the collaboration of Grammy winners Shannon Sanders (president of the Nashville Grammy Chapter) and Billy Hume. It also features three-time Grammy nominee Kief Brown as a co-author of ” Rain on You” and singing a verse in “I’m Just a Girl”. In January 2016 she was elected to be the female face of SkyHigh Radio in the UK. In February 2016 she gave a long interview to the Sound Profile Magazine, where she explains in detail how important women empowerment (that’s a recurrent theme in her songs) is for her.

The second official EP Angel was released in February 2017. The album was written, executed, recorded, and produced by Lambert.

In October 2017, Michelle Lambert relocated to the Bay Area in California. The move back to her native Northern California happened mainly because of the attention the release of her song My California was receiving in her home state.

This is a Free Event | No Reservations Needed